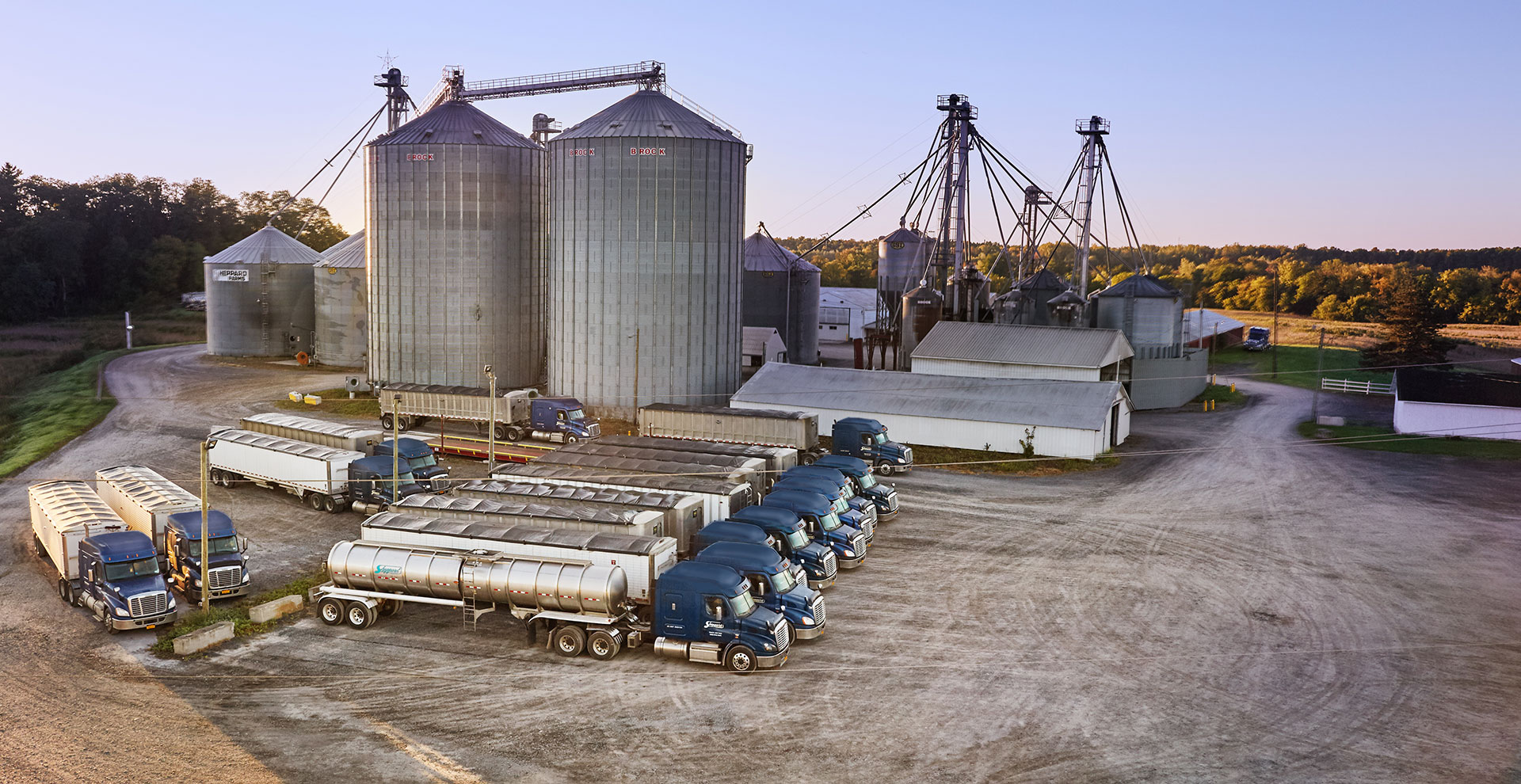 John Sheppard is the President of Sheppard Grain Enterprises, LLC. He learned the aspects of growing field crops and the importance of using high quality feed ingredients on the family dairy farm. John worked with his brother Steve (founder of Sheppard Grain) from the onset in 1980. After graduating from the US Air Force Academy and a 25-year military career, he returned to Sheppard Grain in 2006. He was instrumental in expanding the organic product list and NOFA-NY organic certifications. In 2010, he began full time municipal service in the governance and administration of Ontario and Seneca Counties. John returned to now Sheppard Grain Enterprises, LLC in 2018 and, as President, directs all aspects of company operations.

Doug was raised on his family’s dairy and crop farm near Penn Yan, NY. He began working at Sheppard Grain in 1999 as an operator in the new soybean expeller plant. He then became one of the full-time truck operators of the company. Doug was promoted to dispatcher to schedule the tractor trailer fleet run by Sheppard Grain. In 2014, Doug became the General Manager and manages the grain storage and feed production, product transportation and logistics. Over the course of Doug’s 22 years at Sheppard Grain, he had direct involvement in all processing and storage expansions. His experiences help him solve any issues that come up in both the processing systems and logistic systems.

Kathleen grew up in the Southern Tier region of NY. She moved to the Finger Lakes Area after earning a B.S. in Accounting, from the Rochester Institute of Technology. Kathleen began her career in public accounting, working alongside area businesses, gaining knowledge and experience across many sectors. She found her work with small businesses most rewarding and positioned her career into the private sector. She manages all accounting, human resources and office procurement activities of Sheppard Grain Enterprises, LLC.

Rob joined SGE as the Sales/Purchasing Director in November 2021. His earlier experience includes 14 years of trading organic commodities. Rob focused his sales and purchasing efforts on the US northeast. He now works remotely from Lancaster, PA which is the predominate demand area for SGE organic products.

Tom joined SGE in 2020 as a Canadian Consultant of organic commodity procurement. Tom has experience in the grain industry both internationally and throughout North America. His skills include all aspects of organic commodity trading, conventional commodity trading, human commodity consumption and feed ingredients. He has an active history in industry organizations including the board of COTA/OTA and others. As a consultant with SGE, his focus is on special projects, market analysis, and procurement programs.